7 Penn Alumni you should know about: TV edition 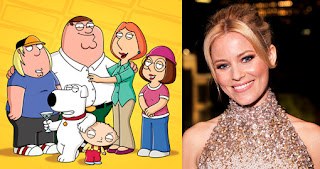 After the jump, check out my DT roundup of these 7 Penn alumni making news in the TV worlds of reality, comedy and drama.  Plus two more alumni nominated for Emmys!

The show drops teams of ordinary people into the middle of their own epic action/adventure movie. Each week, three pairs of players will compete for a cash prize by escaping from such locations as a seven-story castle, a deserted island, a sinking ship or a maximum security prison. Players must use their wits, skills and whatever tools they can find to overcome obstacles, evade pursuers and make their way to freedom.

Check out the show Sunday nights on TNT (and watch the clip above which features Justin in 0:58) 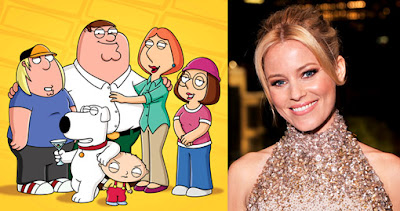 Elizabeth Banks (C’96) will be lending her voice on the season premiere (9/30) of “Family Guy” as the “snooty wife of Lois’ ex-boyfriend Ross Fishman, who attemptes to scale Mt. Everest with her perfect family” (source)


Plus, Liz was nominated for an Emmy this year for “Outstanding Guest Actress” in a Comedy Series for her role as Avery Jessup on “30 Rock”

Remember when Kabir Akhtar (C’96) stepped in last minute and directed the opening sequence for the 2011 Emmys with Jane Lynch?

Well since then, Kabir edited Billy Crystal’s opening film starring Justin Bieber for the 2012 Oscars (see clip above) …and was nominated for an Emmy!

Vijal had written for “The Middle” and “Til Death”.  Look out for  the new 2013 ABC show he’ll be writing on called “Family Tools.” 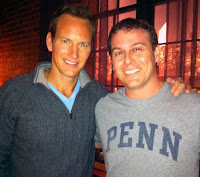 Last summer, DT vlogger and LA TV writer Rob Forman (W’06), taught us all about “spec scripts” and what you do with them once you’re done in order to pursue a Hollywood career.

Recently, Rob wrote an episode of “Army Wives” and you can see it above.

Synopsis: Pamela and Chase invite Roxy and Trevor to meet them in Miami, leading to a surprising opportunity for Trevor. An arrogant doctor puts Tanya’s future in jeopardy after he blames her for almost causes a patient’s death. Jackie learns how strained her relationship with her daughter, Sophie, has become when she visits Fort Marshall from boarding school for the first time.

Finally, if you love all the drama of senior societies, you’re going to love DT correspondent and executive producer Kelly Diamond’s (C’13) latest episode of “Classless”. (while Kelly isn’t an alum yet, this post falls into our TV category :))

Synopsis: Steve attends a smoker for the Pharaohs Senior Society and certain members get their nemes in a twist over his presence. Featuring members of Mask and Wig, Bloomers, Philo, Friars, and Mortarboard!

More alumni you should know about here