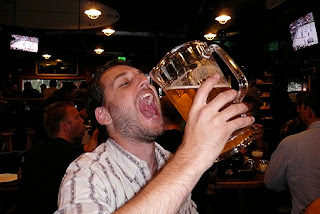 Sure you may remember your undergrad days celebrating at some UPenn Basement party or coming up with ingenious ways of transporting alcohol across Penn’s campus like this man.

But now that you’re a bit older and wiser on this St. Patrick’s Day, you may have a bit more discerning taste in alcohol. That’s why I thought I’d share with you a beer blog created by one of our Penn alums who loves himself a good beer.

After the jump, learn more about this Penn filmmaker’s beer site, his top 4 posts and the craft beer he’s been brewing. 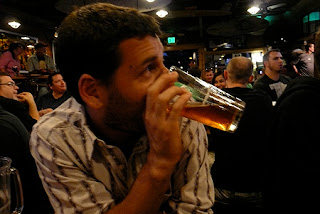 But there’s another side to Dave…

About 7 years ago, Dave was drinking a lot of craft beer, but knew very little about it and had no way to keep track of what he was drinking. Since then, he began keeping an excel spreadsheet of all the beers he had tried. At first starting with simply checking them off with a rating from one to five, but then as the list started to grow, he began writing more about the flavors and experience of drinking them. Per Dave,

“People kept telling me that I needed to do something bigger than just keep an excel spreadsheet, so I tried a blog: microbrewster.blogspot.com/

The bulk of his writing is reviews of the beers he’s drinking, but he also writes about Beer Festivals, the LA beer scene, home brewing, cooking with beer, and beer/food pairing.

Some of Dave’s notable posts include: 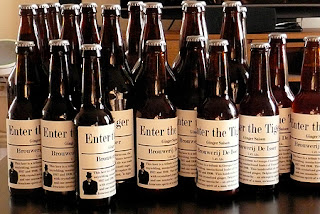 In defense of Hops
“This is the first in a two part series called In Defense of Hops.  I read an article in the New Scientist that questioned some of the origins in our predilection for bitter flavors. I thought it would be good to have a beer drinker/maker/blogger’s perspective on the science.  The response turned into a friendly two week debate with the author of the article.”

Mikkeller, Nelson Sauvin Single Hope
“I did around 54 or so beer reviews last year and selected the Nelson Sauvin as my favorite beer review of 2010.  It’s part of the Mikkeller Single Hop Series, a Danish gypsy brewer with a love of West Coast style hopping. I’ve been trying to do a review of all 10 of his beer in the single hop series, this is far and away my favorite.”

Where to Drink in LA – Part 3, Silverlake/Echo Park/Downtown
“To date, this is probably my most viewed entry.  This past summer, I did a four part series on, “Where to Drink Craft Beer in LA?”  Most everyone I talk to is interested in drinking better beer, but since LA is so big and bars come and go all the time, I thought it would be useful for people to have a reference of where to go to find good beer.  Each one of the four entries focuses on a different region in LA and the best beer bars to check out in those areas.”

When Dave isn’t blogging, he edits documentaries and science shows for TV. (i.e. “the science of sex appeal”)  Check out his work HERE

…Have a safe St. Pattys Day and be sure to have a designated driver like this “least interesting man in the world”