DT’s B&P: 6 Reasons Why ABC Is Really Loving On Penn Alumni This Week

This week the “The Mouse House” (ABC/Disney) is all about the red and the blue.

6 Reasons Why ABC is Really Loving on Penn Alumni this week: 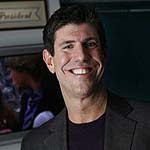 There were further talks this week of Disney even splitting up the role of studio chief.  More HERE

FYI, Rich was a Penn in Pictures panelist back in 2003.  Event photos HERE! 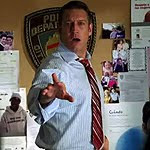 #2
Robert Gant (C’90, Penn Six) played a drug mule (a bit different than his role as the Good Humor man HERE) on ABC’s “Castle” premiere episode this week.  Watch his scene below:

And tune in this Monday, 10pm when Robert appears on CBS’ “CSI:Miami“ 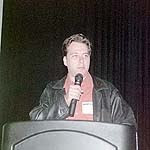 #3
ABC gave Josh Goldsmith (C’93) and Cathy Yuspa a pilot commitment for a 30 minute sitcom called “18 Years” about a young married couple adjusting to new their role as parents.

Josh was was the Executive Producer of “The King of Queens”, wrote What Women Want and was a Penn in Pictures 2002 panelist.

Sherri was a Penn in Pictures 2008 panelist. Watch what she had to say HERE regarding:

#6 (updated)
Let’s not forget (like I did) the news I posted earlier this week about Gabriel Mann (C’95, Off the Beat) writing the jingle for ABC’s new show “Modern Family”.

Check out all of DT’s Gabriel Mann videos HERE

…And then on a non-ABC, yet equally important note, read why Stacey Snider (C’82) is “giving new life to Dreamworks” HERE