Transitioning now out of our “Delicious Leftovers” series to bring you some exciting entertainment tidbits from our alumni and undergrads:

“Most reality shows have people looking for their 15 minutes of fame. Reality Hell will have people wanting to give their’s back! The reality genre has all but taken over television programming, making stars out of regular people. Now E! is turning the tables on all those reality-star wannabes by staging a show where the whole cast is in on an act to set up one unknowing reality-show contestant. Staged scenarios include an over-the-top modeling competition with extreme challenges, wacky contestants and insane judges and a family swap that will have the mom trying to find a way to escape the crazy Hollywood clan she’s been placed with. This summer on E!, Fake is the new Reality!”

I’ve watched this show and the part I look forward to is the end of the show at the moment when the actors tell the victim they’re on “Reality Hell” and the person that is being pranked doesn’t know what “Reality Hell” means until they realize all the actors are laughing at them.  It’s briliant!

…Jordana also reviews the film for the Wall Street Journal. Read all about “Torah and Tarantino” HERE

…And speaking of Inglorious Basterds, read the early review HERE that Brian Tran (W’10) wrote last May for our Penn in Cannes ’09 series

According to The Hollywood Reporter, Liz “will play the lead role of Laura, a woman who is imprisoned for a murder she claims she didn’t commit, as her husband, the recently cast Russell Crowe, desperately tries to vindicate her.”

I will tell you I recently saw Liz in the thriller The Uninvited. Liz definitely plays evil real good… in that she creeped me out real good.   She reminded me of Rebecca De Mornay in The Hand That Rocks the Cradle. 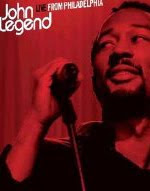 John Legend (C’99, Counterparts) will be performing at the Greek Theatre on Tuesday, September 1 at 7:30PM.  Join PennClubLA for this fantastic event.  Tickets can be purchased on the PennClubLA website HERE  Come hear great music and network with new people.

Speaking of John Legend, Malik Smith (C’10), a similar sounding (undergraduate!) artist I covered HERE is giving all of us his 1st single “Crazy” for free HERE