Here’s the scoop on some exciting news from 2 of our alumni: 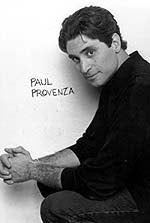 Paul Provenza (C’79, Mask and Wig) has a new Showtime half-hour comedy series coming to Showtime, called “Behind the Green Room Door“. If you recall, Paul directed and produced “The Aristocrats“.

After some great music on TV and films, Gabriel Mann (C’95, Off the Beat) and his group the Rescues have signed a record contract with Universal Republic!

My past posts about Gabe HERE