From Lawyer to Cloverfield Associate Producer 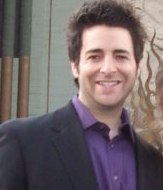 What happens when a Penn alum leaves his successful NY legal career for a shot in Hollywood?

Ask Dave Baronoff (C’99, L’02 – Mask and Wig, AEPi ) who is currently working as an associate producer for JJ Abrams on Cloverfield, one of the hottest movies coming out this year. Dave says “the movie is almost as terrifying as my 40 more years of Stafford loan repayment.”

So let’s support Dave, and check out Cloverfield later this week when it opens on January 18!!! Meanwhile, check out the exclusive 5 minute clip above!

Learn more about Dave and his journey in Hollywood below:
(great for anyone considering a career change or career in Hollywood)

Dave left his legal career in NY and then by networking with alumni in Los Angeles, he landed a job as an assistant on a literary desk on William Morris. After spending a year there, he had the opportunity to interview and then land a job as JJ Abrams’ assistant. Dave has been given great opportunities there and has now been given an Associate Producer credit on Cloverfield.

1) What was your major?
Double major: Poli Sci and Econ

2) What groups were you involved with at Penn?
M&W, AEPi, Ben Franklin Honors prog, UJA

3) Where did you live your freshman year?
quad, Spruce Street House

4) Why would you recommend Penn to someone looking to go?
It attracts phenomenal people who I was lucky enough to meet, learn from and with whom I created lifelong friendships. Not to mention it was a first rate education, with amazing professors and a campus that immediately felt like home.

5) How did Penn help you with your path now?
Alumni network, being inspired by amazing peers, faculty giving me tools to achieve

6) What’s your day like as an Associate Producer?
Insane. Non-stop. Thrilling.

Cool What advice would you give to an undergrad trying to pursue a life in Entertainment? To an alum?
Start by talking to anyone and everyone you know in the business.

9) Knowing what you know now, what would you do over if you could relive your time at Penn?
take more philosophy classes

10) Looking back, what is your fondest memory of Penn?
too many things, can’t answer this – could say mask and wig stuff, could say william f harris II classes or chaim potok class, could be aepi formals, could be spring flings