Home / From Soap Operas to THIS new commercial to Hangover 2!

From Soap Operas to THIS new commercial to Hangover 2! 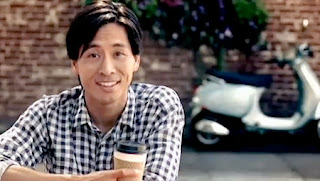 The last time we saw Dr. and actor Roy Vongtama (C’96), he was a playing a bartender on “Young and the Restless”.

After the jump, watch the new commercial he’s in and find out more about his role (sort of) in this weekend’s newly released Hangover 2!

Roy is really killing it. In addition to this commercial, if you’re going to the movies this weekend, listen closely as you watch this weekend’s highly anticipated Hangover

2; his voice is the Thai police officer in the station and also a few other voices, like the son’s scream from the cellphone video!