Home / 1983 / From the Barones to the Goldbergs: Everybody Loves Lew

From the Barones to the Goldbergs: Everybody Loves Lew 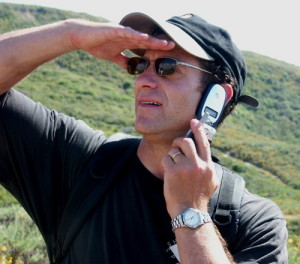 Schneider showing us what a flip phone looks like

Lew Schneider (C’83, Mask and Wig, Friars) is one of our Penn alum favorites here at Penntertainment.  He was a writer and producer on Everybody Loves Raymond, co-executive producer of Men of a Certain Age and most importantly, our go-to MC for many a Penn event (watch him speak to a bunch of Penn alumni here)

After the jump, find out what new show he’s involved with, catch a live performance of his tomorrow (Saturday) in Los Angeles, and best of all, check out an awesome clip of him in his early days as a gameshow host!

Schneider is a TV veteran (he even has a Wikipedia page, which is a big deal). Now, he has signed on to become Consulting Producer of ABC’s The Goldbergs, a sitcom about an 80s family and their whacky dynamic. 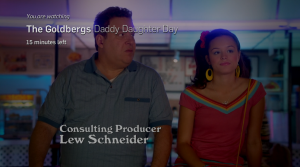 Not only is he back on the small screen, but he’ll be performing a reading in LA on November 2nd about his experience parenting. It’s bound to be funny, as Lew consistently talks about what disappointments his three sons are. With love, of course. See info below on where to catch the show.

Finally, and best of all, let’s rewind a little bit to the beginning of Lew’s career. The good ole days. Hosting a gameshow on 90s Nickelodeon is not for the meek, people.

Moral of the story: Everybody Loves Lew. Or at least, everybody should.

More Blast from the Past stories here