Home / 1996 / Funny Fridays: Prep For Your Bar Mitzvah with His Wii Game

Funny Fridays: Prep For Your Bar Mitzvah with His Wii Game 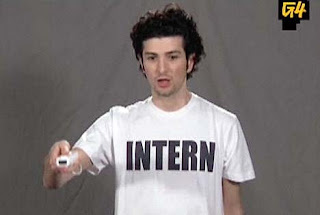 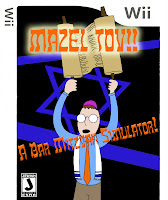 In honor of Passover starting this weekend, here’s a little Jewish humor for you all.

Joel Rubin (C’03, Mask and Wig) produced a “Wii Dream Games” spoof segment package for G4’s television show X-Play. Look for Joel (in image above) featured in the “Mazel Tov: A Bar Mitzvah simulator” segment. He’s chanting part of his Torah portion and using the Wii control as a yad!

…If this game gets made, it looks like it just may give this Penn entrepreneurial alum a run for his money.

Joel started freelance writing and producing video game reviews for X-Play a year and a half ago. Now that he’s full time, he’s also working on comedy bits, interviews, and other pieces. Watch this space for more from Joel!

Speaking of video games, have you checked out my previous post onMichael Highland’s (SEAS’07) documentary on his addiction to video games? It’s fascinating! 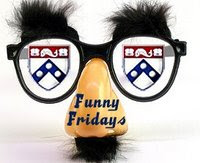 More of my Funny Friday posts