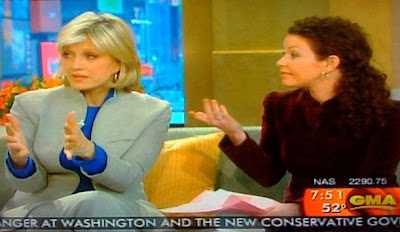 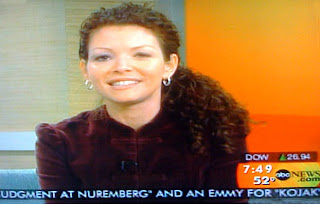 Taryn Winter Brill C’00 was most recently an anchor on Good Day Sacramento but has now gone national!

As of yesterday, Taryn is now the new entertainment correspondent on Good Morning America with Diane Sawyer! I caught her segment today which had her on the streets of Manhattan reporting on the sometimes awkward custom of greeting a stranger with a kiss. She’s a sure natural!

When Taryn was an anchor on Good Day Sacramento she expressed her “obsession” with late night show host Craig Ferguson and was soon after acknowledged by Craig(!) on his show. Check out this very cute clip here

Taryn isn’t the only Penn alumnus in front of the camera in the news. ABC must like our alumni because we have Stephanie Sy on ABC News and Dara Cook on ABC News Now. Outside of ABC, Emily Frances is the entertainment reporter on New York’s WPIX.

Click here to check out all my posts on our alumni “news” talent!

Today’s the last day to enter our March contest!

Check out our 800+ Penn videos