Home / He was LOST and Hollywood is finding him

He was LOST and Hollywood is finding him

I thought since the new season of Lost premieres tonight, this post was timely.

Click here to find out which 2001 Penn alum was featured in a pivotal episode from Lost and what new film he appears in this weekend. 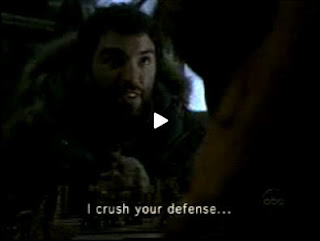 Here’s a flashback for all of you.

For all of you Lost fans out there, do you remember the last cliffhanger scene from the Season 2 Finale when two men in the arctic make contact with the missing group of travelers of Oceanic Flight 815? Turns out Penn alum Alex Petrovitch (C’01, Member of Sigma Chi Fraternity, Men’s Varsity Soccer, Men’s Cycling) played one of these two men.

Check out Alex’s headshot and all of our Penn headshot hotties here!

Besides also appearing in The Bold and the Beautiful, Passions & General Hospital, Alex tells me that he’s starring in a new film called Passage to Zarahemla, an action-adventure Mormon movie which takes place in Utah. (you can see a clip of his performance in his reel)

The film opens in Southern California, Idaho, Hawaii, and Las Vegas this weekend. (It began its theatrical release in Utah, October 2007, and has grossed 250K at the box office thus far.)

Check out other Penn actors