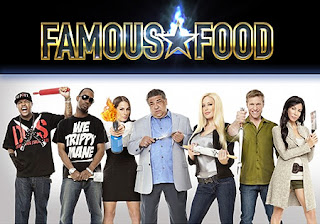 After the jump, learn more about the show and find out what percentage of the new Sunset strip restaurant our entrepreneurial Penn alum Mark owns!

From the VH1 site: 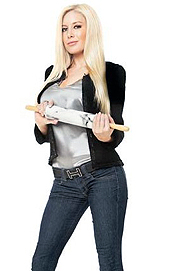 In this restaurant, “seven stars” might not be a good thing…

From Ashton Kutcher’s Geisha House to Robert DeNiro’s Ago, attaching a celebrity’s name to a restaurant is definitely a growing trend in Hollywood…. but is it always a recipe for success? Famous Food will put this concept to the test by partnering with renowned restaurateurs, The Dolce Group, to give seven celebrities the chance to turn an empty Sunset Strip eatery into a flourishing and fully operating restaurant. If they succeed — one of them will be rewarded with a partnership position in the new venture.

The cast includes Heidi Montag (“The Hills”), who sees this as her chance to save her family after the demise of her parent’s restaurant. Singer (and the former NY Governor’s Scandal-Girl) Ashley Dupre will try her hand at a new kind of business. She might not know food but she knows customer service. Academy Award-Winning artists, DJ Paul and Juicy “J” (from rap group Three 6 Mafia), will find out if its “Hard Out Here For a Chef.” Danielle Staub (“Real Housewives of New Jersey”) and Vincent Pastore (“The Sopranos”) will bring a certain New Jersey savvy to the venture. Finally, Jake Pavelka who has been an airline pilot, a TV Bachelor, and a Dancing Star will now try his hand at the food business. For five weeks, this colorful crew of celebrities will roll up their sleeves and try to work together to launch their own restaurant.

To give them a fighting chance, Mike Malin and Lonnie Moore, founding members of The Dolce Group, will let them know what it takes to open a successful celebrity restaurant. From Hollywood and beyond, some of their well-known establishments include Dolce, Angels & Kings, Geisha House, Ten Pin Alley, rare 120, Wonderland and Johnny Smalls. Over the course of the series, Mike and Lonnie will provide the guidance and discipline necessary to get the restaurant off the ground — but the real work and creativity is entirely up to the Famous Food cast.

They will have to agree on a restaurant concept; from Vincent’s Meatballaria to Juicy J’s Creole Kitchen to Jake Pavelka’s Broken Rose Cafe, anything is possible. After they decide type of restaurant they want, they’ll have to renovate the space; create marketing plans, craft a menu, hire the staff and eventually, ensure a flawless grand opening. They’ve got five weeks and a limited budget to get the restaurant up and running. If at the end of the time period, the restaurant is turning a profit, the Dolce Group will announce which of the Celebrities they’ve decided to keep as a partner in the restaurant. If not, the restaurant, and these celeb’s dreams, will disappear for good.

Can seven, famous, over-the-top personalities work together and make it in the culinary world? Or do too many cooks really spoil the broth? Find out on “Famous Food”!

If you recall, in May, Mark Cronin appeared at Penn’s reality TV panel.  On the panel, at minute 1:02 in the video, Mark talked about how reality shows get a cut of the businesses that are featured on reality tv. More specifically, Mark reveals that he took a savory 5% of ownership in the restaurant featured in his “Famous Food” reality show!