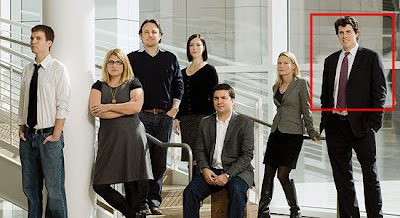 News of another alum making an important Hollywood List…

Here’s the scoop per the Hollywood Reporter,

“Matt Reilly, 30
vp production
Warner Bros.
New Jersey-born Reilly first tasted the business as a summer intern for James Moll and June Beallor, makers of the 1998 Oscar-winning docu “The Last Days.” His big break didn’t happen until a college buddy working as an assistant to Patrick Whitesell, then at CAA, suggested Reilly take his place. He had only been on Whitesell’s desk a month when the agent famously jumped ship for Endeavor. “He called me on a Sunday night and asked, ‘Do you want to go with me?'” Reilly remembers. “I was in the eye of the storm of something really big, but at the time I was just going with it.” Reilly soon realized he didn’t want to be an agent after all. He credits Endeavor’s Tom Strickler for pushing him to take a job at Warners, comparing the studio with the Yankees: “‘You want to play for the Yankees, don’t you?'” Reilly recalls Strickler asking. Reilly now oversees an upcoming slate that includes the Seth Rogen comedy “Observe and Report,” political thriller “The 28th Amendment” and Ben Affleck’s “The Town.””

Check out other important “lists” alumni are on!