Home / His Artistic Eye: New Talent from the Class of 2012

His Artistic Eye: New Talent from the Class of 2012

The school year just started and another new crop of diverse and talented freshmen are now on campus, embracing traditions and getting ready to campaign …not only for Obama and McCain, but for themselves. (Freshmen, get some ideas as to how last year’s candidates used video to promote themselves here!). The Class of 2012 is getting ready to be part of the next cycle at Penn.

To kick things off, meet Alex Remnick (C’12, Penn PreCollege programs ’06, ’07) who is already making a name for himself in the world of photography.

“In the work I take most seriously, I strive to combine aesthetic quality with a conceptual significance. Unfortunately, at some point in their journey, most photographers become either technically or thematically focused. The technical minds create works that are beautiful but shallow and the “artists” create work that may be significant, but is often ugly and cryptic. I think it’s important that art remains visually beautiful, even if the topics it covers aren’t.” 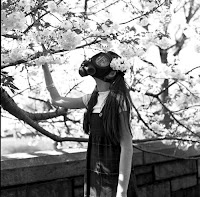 Take a look at some of Alex’s pieces here:

Class of 2012, if any of you want me to publish your story, find out here how you can submit your news to me here!