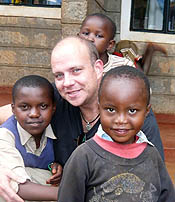 What happens when one Hollywood Exec has a spiritual awakening and decides to make a life change?

As Norm puts it:

“small town kid goes to hollywood to make it big. instead, he makes it medium. pause. isn’t there more to life? isn’t my life worth the same as that of each of millions of orphans in africa? then why doesn’t the world agree? why is it ok when they die but when one of “us” dies, it’s news? blessed to have a month to spend with 50 of my little equals in kenya.”

Norman came to Kenya armed with twenty-some digital cameras donated by friends and people he didn’t even know. In between mending chicken coops and digging wells, he has been teaching the kids from the Cura Orphanage to take their own pictures so they can show the world the way they see it. 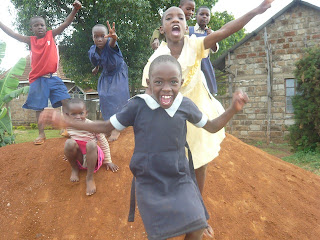 “i thought it would be a simple way for them to express themselves, build self-confidence and allow us to the world as they see it.  some of them are so naturally gifted i hope to be able to bring their art to the rest of the world as well as an awareness of their situation.”

A side note of Norman’s adventure there was realizing that there is an empty barn meant for cows and chickens, but no funds for the animals.  So he’s been accepting pledges from people on the “so you want to help” discussion board of the “kenya spare a camera” group page.