Hollywood Penn Alumni you should know about: Vol. 5 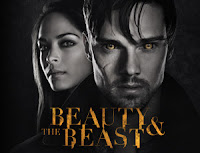 In our latest installment of Hollywood Penn alumni you should know about, this fall season has been a busy one for Hollywood Quakers…

After the jump, check out:

7) John Legend (C’99, Counterparts) is producing a comedy for Fox inspired by his life.  I wonder if Penn will be featured in an episode… (more here)

9) Last week, actress Laura Parker (C’03) appeared on “CSI:NY” playing the mother of the villian in an 80’s flashback. (remember this other Penn alum who also appeared on a CSI?) Check out her clip below and also check out the commercials she has appeared on: