Home / How dirty will CBS let her get with “Sex and the City” showrunner?

How dirty will CBS let her get with “Sex and the City” showrunner? 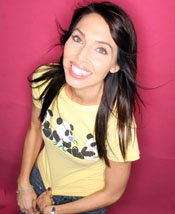 Over the years, I have featured Whitney Cummings (C’03) on DT about her Comedy Central special and the various roasts she’s been a part of. Her humor is downright dirty and I love it.

Now she is doing a bunch of notable “A”-list TV projects you should look out for in the coming year.

More after the jump!

Whitney’s impressive slate of projects coming up this year include:

Check back this week for more Penn alumni with new TV shows coming up!