Home / Larry David “talks and makes out” with this Penn alum

Larry David “talks and makes out” with this Penn alum 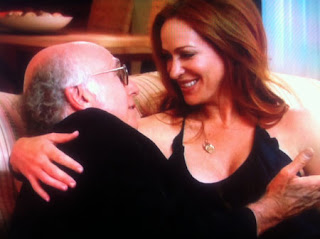 If you caught “Curb Your Enthusiasm” last night, you would have seen Larry David dating a waitress from his favorite restaurant played by Penn alum Rebecca Creskoff.

After the jump, check out some clips from last night’s Curb episode where Larry chastises Rebecca’s character for sending “smiley faces” in text messages and then insults her by discussing “the sorry window”! Fantastic stuff!

From Rebecca’s bio on HBO.com, her first job after she graduated from NYU’s graduate acting program was a douche commercial!   Gotta start somewhere!  Remember THIS commercial that Penn alum Elizabeth Banks did early in here career?