Michael Highland (SEAS’07) wants to show you his reprogrammed brain 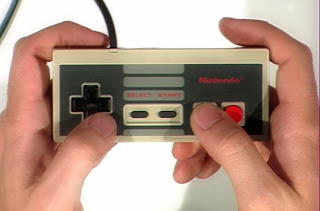 Michael Highland (SEAS’07) wants to show you how videogames have reprogrammed his brain.

Michael’s film, As Real as Your Life is a 22 minute film chronicling Michael’s own addiction to video games and the effect they have had on his life so far.

This is pretty cool in a Clockwork Orangey kind of way.

From Michael’s facebook “screening event” for this film:
“This film half documentary and half narrative, integrates Highland’s ability to produce original, artistic, and tasteful film with his perception of how video games have potentially molded and morphed our society. Beyond his sociological assertions, Mr. Highland has successfully captured the essence of the modern video game addict in film, and has received wide acclaim at TED2006, the Game Developers Conference, America’s Video Game Expo, and the Cannes Film Festival. “

This film has taken over 4 years to complete. Click here to learn how it all got started…

Click here for details about Michael’s screening of the film on campus next week (10/10)!

Click to see what other 2007 Penn grads are up to