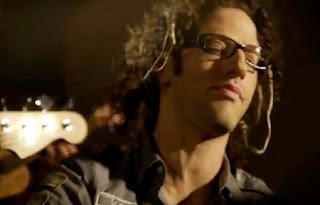 As I eagerly wait for Gabriel Mann (C’95, Off the Beat) and The Rescues’ 2nd full length album (being recorded this summer), I have been temporarily satiated by the creative, newly released official music video for their hit, “Can’t Stand the Rain”.

After the jump, watch the video and learn about what exciting Fall TV projects Gabe has been working on!


Speaking of the circus, Gabe should have cast THIS Penn alum ….and Ringling Brothers and Barnum & Bailey Clown College graduate (with his own traveling flea circus)!

Outside of The Rescues, Gabe is scoring for some big TV fall shows to look out for including “The Protector”(Lifetime), “The Exes”(TVLand), “Jane by Design” (ABC Family), and “Ringer” (CW), and then of course for now the 3rd season of “Modern Family”.