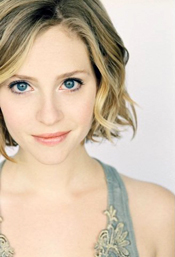 Over the past year, I introduced 2 exclusive DT vlog series from recent Penn alumni guys as they continue to pursue a career in music and acting.

Starting today, we brings you another DT exclusive “actor” LA journey series, but this one is told from the perspective of a female.

After the jump, learn more about Jess Garvey (C’09), and watch Episode 1 of DT’s “Starter Reality Star” where she takes us on an actual audition for a Special K commercial!

At Penn she was quite involved …she was in Delta Delta Delta, the Walk Fashion Magazine, was an admissions office ambassador.  She also was a reporter for Fox News’ College Network –Palestra.net where she focused on fashion, art and entertainment in Philadelphia.  She also acted in independent films and student films for NYU Tisch school and studied with various teachers at UPenn including Andrew Borthwick Leslie and Rose Malague.

Over the past year in LA, she has:

In episode 1 above, watch Jess

And FYI, Jess is still waiting to hear back if she booked this commercial!

As many actors who start out in LA, Jess has an assortment of paying jobs including one working in retail, another as a personal assistant to a party planner and finally a third as a babysitter.  Per Jess, “You just really have to find things that are flexible and be honest with your employers and tell them that acting will always be your priority. In this city, people are understanding most of the time.”  (Word of caution: having been an actor in LA over 10 years ago, this approach doesn’t work with all employers. 🙂 )