Home / Now and Then Thursdays: Accepted into Penn (Video!)

Now and Then Thursdays: Accepted into Penn (Video!) 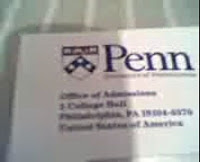 This week Steven Vaughn-Lewis (C’12) just got his acceptance letter into Penn and he filmed it!

Alumni and undergrads chime in on why they chose Penn. Read their responses here!

The “envelope opening” video above reminds me of when I got my acceptance letter back in 1992 (see my actual letter below and be sure to zoom in).

I remember getting my acceptance letter for both Penn and Cornell in the same day. I was so excited, and such a dork, that I remember wearing a Penn sweatshirt the next day to high school with my Cornell sweatpants. While I was proud of these acceptances, I cringe at how I decided to showcase this to the world. 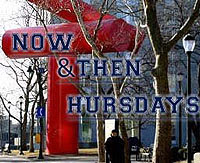 Of course it was that day when I officially adhered my “University of Pennsylvania” sticker to my car’s windshield. (…Come on, we all did this didn’t we? 🙂 Comment below!)

2 thoughts on “Now and Then Thursdays: Accepted into Penn (Video!)”