Now and Then Thursdays: My 1994 Mask and Wig video 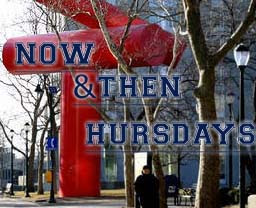 Back in September I saw a great video of a classic sketch that Mask and Wig did from their 2007 Free Show. It was especially fun to see how that sketch had evolved from when we did it in my day.

Having been in Mask and Wig as an undergrad and having seen the shows since, I can say that the “evolution” of a sketch has always been a way for each class to have fun with the bit and claim it as their own.

As part of my new weekly Now and Then Thursdays series, I decided this week to take a trip down my “Mask and Wig” memory lane and compare via video(!) the same skit done in 2007 as I(!) did in 1994.

One thought on “Now and Then Thursdays: My 1994 Mask and Wig video”