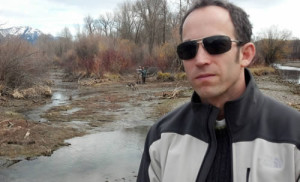 We’ve written about Jake Laufer (C’96) and his various TV projects in the past. Today, we are excited to announce that Executive Producer/Showrunner Laufer has a new show coming out this Sunday on the History Channel titled “No Man’s Land”.

The show follows various people who learn to live and adapt in the harsh climates of the desert ranging from Arizona’s Upper Sonoran Desert to Utah’s Red Rock Canyon to California’s Death Valley.  Watch these brave souls try to survive and flourish in the country’s most parched areas.

Support a fellow alum by tuning in this Sunday night, March 9 (check your local listings).  Just make sure to have a large glass of water close by!