Home / 1993 / Penn alum Whitney Cummings gets BOTH of her TV pilots picked up (watch preview!)

Penn alum Whitney Cummings gets BOTH of her TV pilots picked up (watch preview!) 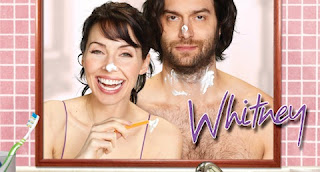 Back in February, a bunch of Penn alumni got their TV pilots ordered up by several TV networks.

After the jump find about BOTH shows from Whitney Cummings (C’03) that got the green light …and watch a preview!

This fall, be on the lookout for Whitney’s new show, “Whitney” on NBC’s Thursday night lineup.  The show will be a “multi-camera comedy about modern love highlighting the relationship of Whitney and Alex (Chris D’Elia), a happily unmarried couple.” (source)

Watch the show’s preview below:

And Whitney’s other pilot, “Two Broke Girls” also got picked up by CBS.  While she will not be starring in this one, she is executive producing it with Sex and the City‘s Michael Patrick King. (source)

On a related pilot note, NBC did not pick up Josh Goldsmith’s (C’93) “My Life as an Experiment” and FOX is still considering Joe Port’s (C’97) “Family Album” for a mid-season replacement. (source)