Penn Alumni You Should Know About: Vol. 14 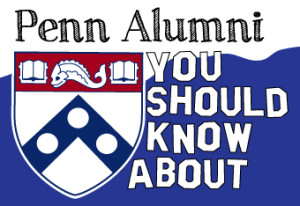 We Penntertainment folks are hoping you’re all finding the silver lining in this whole polar vortex situation. We’re certainly thinking of you east coasters while we sunbathe out here in LA. We’re not the only people hitting the beach, though. Check out the Penn alums who have been making waves in entertainment recently…

Elizabeth Banks (C ’96, TriDelt, Friars) has a new film! Walk of Shame stars Banks, a wannabe TV anchor who has a one-night-stand and gets stranded in LA the night before her big interview. Check out the trailer below and see it in theaters April 25th. Additionally, Banks was just tapped to direct Pitch Perfect 2. It will be her directorial debut. (remember when Liz called this Penn a capella song “amazing”?)

Scott Neustadter (C ’98, TEP) is an LA-based screenwriter who’s written hits like (500) Days of Summer and The Spectacular Now. Most recently, Scott has written the highly anticipated  The Fault in Our Stars, based on the novel of the same name. You can see the trailer below. We promise it will make you get extra excited for the film’s summer release.

Mark Cronin (ENG ’86) is a producer superstar in reality TV. Cronin is the co-founder of 51 Minds, which is the group that brought you such hits as Flavor of Love and The Surreal Life. Now, Cronin is heading out and starting a new company called Little Wooden Boat Productions. One of his first productions will be a talk show with Diablo Cody (writer of such hits as Juno and Young Adult). 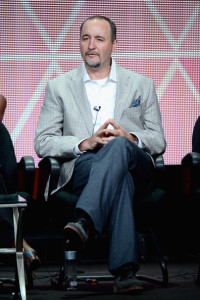 Mike Sikowitz (C ’88) is a TV writer who was involved in such hits as Friends and Grounded for Life.  Now, Sikowitz has signed a three-year overall deal with Sony TV.  Can’t wait to see what he comes up with next! 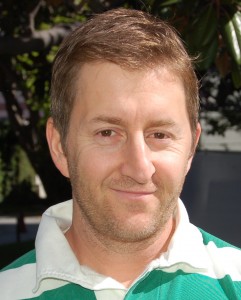 Robert Gant (C ’90, Friars), actor extraordinaire and former Penn Six singer, made an appearance last night on The CW’s “The Tomorrow People”.  Check out the full episode here or look for Robert in the clip below.  Looks like he’s showing off some superpowers in this episode …but can he take on this Penn superhero?

Speaking of “The Tomorrow People”, did you know that another Penn alum, Aaron Yoo (C’01) is a regular cast member on the show? Check out an interview with Aaron here

Vanessa Bayer (C’04, Bloomers, Friars) added another impression to her repertoire with her fantastic Jacqueline Bisset spoof.  As you may recall, Bisset had been in the news for her very strange Golden Globes speech. Check out Vanessa’s version below, on SNL’s staple Weekend Update.

Tyler Ritter (C ’07) has just been cast as the lead in new CBS pilot “The McCarthys”. It centers around an Irish sport-crazed family in Boston and their gay son, played by Ritter, who wants to spend less time with his close-knit family. But who could be upset with the man that possesses the most piercing blue eyes in the world? As a blue-eyed bonus, you should also check out the video short below, titled “Life in Text”, in which Ritter stars.

2 thoughts on “Penn Alumni You Should Know About: Vol. 14”