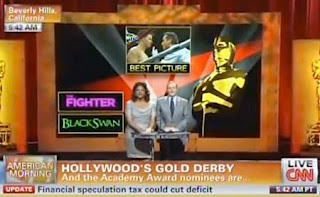 Between Golden Globes, Critics Choice Awards, and Screen Actors Guild nominations and wins, it’s been quite the award season for producer Todd Lieberman (C’95, Mask and Wig, AEPi) and his film The Fighter

Yesterday, his film was nominated for the mother all of all awards:  7 Oscars including nominations for Best Picture, Directing for David O. Russell, Original Screenplay, Supporting Actress for Amy Adams

Watch the ceremonies below and listen to Mo’nique

shout out Todd’s name at minute 6:20. (she didn’t cut off his name in mid sentence like we saw HERE)