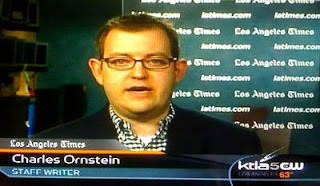 Check out his coverage!

As mentioned above, Charles won a Pulitzer prize back in 2005. He was part of the team that won the Pulitzer Prize for Public Service for its coverage of King/Drew Medical Center, which closed down after failing many federal inspections.

Check out our 800+ Penn videos