Home / Scott Glosserman’s Documentary on the Implications of Wikipedia (TRAILER)

Scott Glosserman’s Documentary on the Implications of Wikipedia (TRAILER) 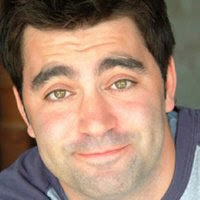 After co-writing, producing and directing the clever horror movie Behind the Mask: The Rise of Leslie Vernon, Scott Glosserman (C’99, Friars) is soon to complete his next project (as a producer and co-director) and it has to do with a different type of horror – — me, you, and thousands of other users taking over responsibilities for Britannica and The World Book.

In his documentary Truth in Numbers?, Scott takes us on the journey about the phenomenon that Wikipedia has become.

“The question of whether you and I should be charged with canonizing the sum of human knowledge or whether that should be left to the scholars/experts really intrigues me. I think it’s safe to say that we’re among a populist revival era right now and nowhere is that more acutely reflected than on Wikipedia. If knowledge is power and history really is written by the winners, then Wikipedia, already the second most widely read publication in human history, clearly demonstrates this power shift towards “The People”. The documentary tries to explore implications of that, among other things.”

Check out his trailer above!

Catch Up!: More of my posts about Penn alumni:

Connect with DT on