Second Look: Penn film producer’s cameo in his own film

. In the post, there was also a great interview with Mike about the movie where he talked about broad audience appeal, on having a once in a lifetime cast and working with Gary Marshall.

Recently the movie has been reairing on cable and one scene in particular caught my eye that I never noticed before.

After the jump, check out the scene I spotted with a quick cameo appearance from Mike! 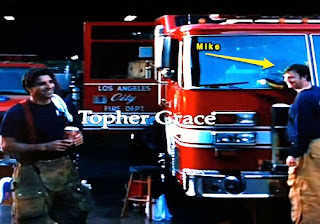 Yep, that’s Mike as as fireman! This scene appears in the first few minutes of the Valentine’s Day

Mike has been repeating this film’s formula and has currently been filming THIS new film with another star-studded cast!  Wonder if we’re going to be seeing him in a Times Square cameo.