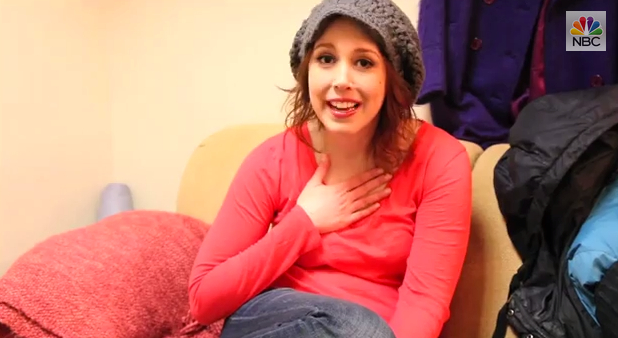 In honor of his final show on Saturday Night Live, Seth Meyers’ cast mates and co-writers made a video to send him off. It’s full of memories and anecdotes that are sure to have made Seth cry. But most important is Vanessa Bayer’s (C’04, Bloomers, Friars) tribute, in which she makes several different references to her former campus group Bloomers. Not only does Bayer say the word “Bloomers” at least five times, but she also reveals that her buddy Seth owns (and regularly wears!) a Bloomers t-shirt.

Check out 4:20 in the video to see Vanessa’s entire declaration of love for her old student group. And her love for Seth. But mostly her love for Bloomers. Now if only we could find a photo of Seth wearing the shirt…