Stand-Up Jessie Schneiderman (C’05) wants to be your “bff” 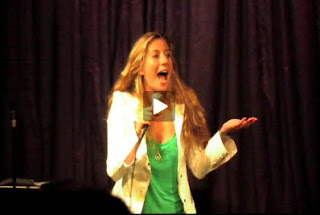 I bet you never heard of “RVS”?

…Stand-up Jessie Schneiderman (C’05, Off the Beat) is about to tell you, but be sure to put on your headphones first. Not safe for work.

Jessie brings her comedy stylings to improv clubs and sketch comedy groups here in Hollywood. Plus, there’s a great Penn connection here in that Jessie does many of the stand-up shows hosted by another funny Penn alum Lesley Wolff (C’93, Bloomers).

If you can’t catch Jessie on stage, she also co-hosts a live internet show every Tuesday night at 8pm on thestream.tv (the show is called Live!from the future with Stuart Papp). Jessie is the “IM girl” and people can IM her live at thestreamdottv.

Besides her stand-up, I also checked out her funny short about “bffs”: “Two women who find each other in a world where best friends are hard to come by and even harder to make a montage with.” 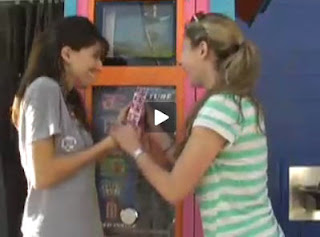 Click to watch a clip of Jessie’s stand up

Coming up for Jessie in Los Angeles:
-Ivy League Comedy night on 9/25.
-Sketch/improv show on the 9/29 at the McCadden place theater at 11 pm.
-starting oct 6 she will be in the cast of the currently untitled improvised teen drama at IOWest at 11pm every saturday night.