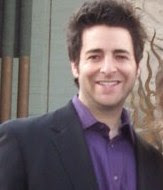 Last January I wrote a post on how Dave Baronoff (C’99, L’02, Mask and Wig) went from lawyer to producer for JJ Abrams.

I am happy to report that Dave is doing extremely well.  This year, not only was Dave the Associate Producer of THIS popular movie, and has appeared on the cover of Ad Age, but come this weekend, you’ll see his name taking up the whole screen under the “Associate Producer” credit at the end of the new Star Trek film.

In an interview Dave did earlier this week with a Philly newspaper, Dave tells us why everyone’s going to like Star trek:

‘“I liked ‘Star Trek’ (growing up), but I was never obsessed with it,” says Baronoff, admitting he was more of a “Star Wars” guy. “What’s amazing about this process is I’ve been converted. What J.J. and the writers have done is to create a new way into the franchise and taken characters beloved by so many and found a way for the rest of us to connect with them.”’

On Monday night I was fortunate enough to see an advance screening of the new Star Trek movie and it was really great. If you like JJ Abrams other works including Cloverfield, “Fringe” (you’ll see similar title treatments and special effects in the movie), “Lost” and “Alias”, you’ll also love this movie for its attention to contemporary story telling and character development. You’ll also appreciate the clever incorporation of some of your favorite Star Trek classic lines. Be sure to check out the movie when it comes to theaters this Friday!

On a related note, if you haven’t seen the documentary Trekkies, you must see this to truly understand the Trekkie culture out there!  You’ll be amazed!