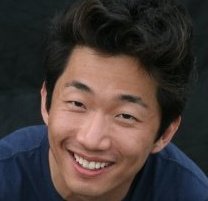 The ICM-repped Lee and Walsh started in the business just four years ago as pages for NBC in Manhattan, where their spec comedy script about the network’s page program caught the attention of NBC executive vp comedy Jeff Ingold.

Overall deals typically are reserved for seasoned showrunners, but UMS is looking to make more deals with up-and-coming talent.

“Lee and Walsh have proved to be very funny writers and are rising in the ranks quickly, and we’re excited to get them early and groom them to the next level of showrunner,” said Renate Radford, vp comedy programming at UMS.

The duo did behind-the-scenes stints at “Late Night With Conan O’Brien,” “Saturday Night Live” and “Today.” They then wrote for two seasons on FX hit “Sunny,” wrote a pilot for Fox (“Broke Friends”) and recently completed a pilot for ABC called “Family Business.”

“We’re really excited to be back in the NBC family and come full circle,” Walsh said. “The coolest part is we used to give tours of the studio together. We always knew if we stuck with it we could make it.”