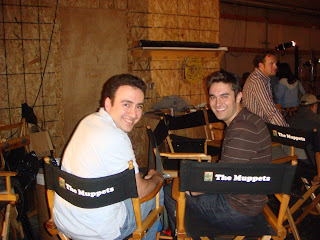 Both Scott and Andrew were Co-Editors of Punch Bowl Humor Magazine for three years, moved out to LA and got their start as staff writers on “The Showbiz Show with David Spade” and also wrote a feature for director Garry Marshall. Currently they have a consulting deal with Muppet Studios.

Check out a behind-the-scenes video from the show and learn about the story and the celebrities appearing in the show:

Other Penn alumni working together