Home / 1993 / These Penn alumni got their TV Pilots picked up

These Penn alumni got their TV Pilots picked up 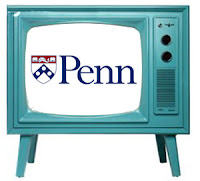 Over the past couple of months I wrote a few posts about some alumni who had TV pilots in development with the networks.

Recently, all the networks have been announcing which pilots they’ve picked up and so far, it looks like 3 separate Penn alumni have TV shows with the big networks.

After the jump, find out who these alumni are and more about their pilots.

Joe Port (C’97) and his writing partner Joe Wiseman’s “Family Album”.  The show is apparently set up in a similar structure as “24” and revolves around a father who brings his extended family on a vacation.  Each season of the show will take place during one summer vacation. (source)

…FYI, Joe’s not the only Hollywood Penn writer in his family. He actually got his start as a writer from his successful tv writer brother, Moses Port (C’91).   Moses and his writing partner David Guarascio (C’91) executive produced “Just Shoot Me”, the CW show “Aliens in America” and are currently developing other TV projects.

Whitney Cumming’s (C’03) project (that she will be starring in) which focuses on a young couple and the ups and downs of a committed relationship.  (source)

Josh Goldsmith (C’93) and his wife Cathy Yuspa’s “My Life As an Experiment”.   The show is based on the book

and is about a magazine writer who gets himself and his family into unusual situations for his articles. (source)

…FYI, for those of you not familiar with Josh, he was the Executive Producer of “The King of Queens

and was a Penn in Pictures 2002 panelist.

Anyone else have news of other Penn alum pilots picked up?