Home / This Penn alum’s commercial will choke you up (VIDEO)

This Penn alum’s commercial will choke you up (VIDEO) 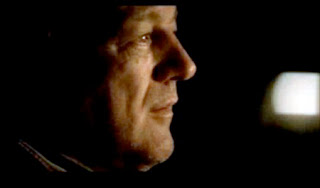 So since I posted about THIS Penn alum’s commercial, I keep on getting more and more commercial submissions.

I showed you THIS comical Penn alum’s toilet paper commercial, and today, I’ve got a commercial from another Penn alum actor who is new to DT, but probably familiar to many of you.

More about this actor and his touching commercial after the jump!

If you’re a fan of “The Wire

In the somewhat long (2 minutes) Hallmark commercial you’ll see below, John plays a taxi cab driver.  Watch this to the end and I promise it will move you.

Trivia:  At Penn, John majored in English Literature and played varsity football.  Apparently, John, like many ambitious Penn alumni, followed his passion and made a career change after being an advertising executive. (source)

Thank you to Ty A. Furman (Ed.D. ’08, Director University Life Arts Initiatives) for the tip!