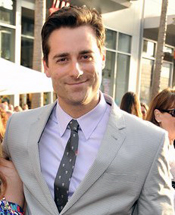 After the jump, find out:

Todd shares with us some interesting tidbits about the show and what it’s like producing:

…on the great tonal balance of the show:

“‘Detroit 187’ is gritty and yet at the same time manages to have a certain levity.  This levity come mostly from the characters and our cast is so amazing and really able to pull off all the nuances required to tonally balance such opposites – the brutal reality of a homicide division and the humor necessary to keep one sane in that environment.”

…on what it was like producing the show and how different producing TV is from film:

“While developing a movie can take years, TV is very fast.  We sold the show to ABC last August, started shooting the pilot in March and found out we got picked up to series in May.  Then we started writing new scripts and filming episodes right away in Detroit.  Very very fast.  Probably the most challenging part and ultimately one of the most fun parts was the casting process.  Assembling this group of people from all walks of life and all different ages was tough.  Luckily for us, we ended up with a cast that is outstanding.” 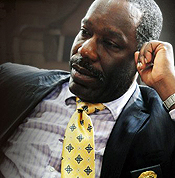 And it turns out that Todd is not the only Penn alum associated with “Detroit 1-8-7”.   Actor James McDaniel (C’80) plays Sgt. Jesse Longford on the show:

“A year away from retirement, he’s busy learning a foreign language preparing for a new life in Italy. Living there has always been a dream he shared with his deceased wife. He’s conflicted between the retired life and a commitment to the unit and the city he’s always called home.” (more here)

You may recognize James from the seven seasons he played Lt. Arthur Fancy on ABC’s landmark police drama, “NYPD Blue