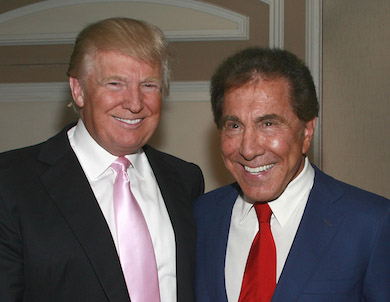 Donald Trump (W’68) and Steve Wynn (C’63) are two of Penn’s most successful alumni. However, the two have never really felt the Penn love for one another.

Known for their business savvy and immense riches, the two publicly feuded over the future of New Jersey’s Atlantic City for years. Now, this feud will become an event series on Spike TV, from Kevin Spacey’s Trigger Street Productions. Trump and Wynn’s feud was also the subject of a book titled The War at the Shore: Donald Trump, Steve Wynn, and the Epic Battle to Save Atlantic City.  This series stems directly from the book and is sure to show some juicy fights between the two Penn men.

Get your popcorn ready.