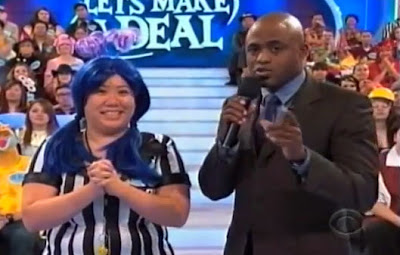 Over the years, we’ve had an assortment of Penn alumni win big on gameshows.

Find out what was behind the curtain she chose!

Watch from beginning until end, but highlight points are minute 7 and minute 9:54: