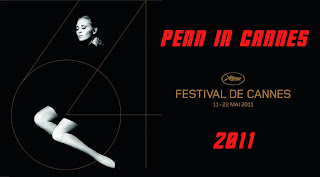 This year DT correspondent Jonah Stern (C’13) recently returned from the 2011 Cannes film festival with coverage of this year’s winner and loser films plus more! A local Philadelphian, Jonah aspires to one day enter the film industry and, hopefully, become a very successful filmmaker.

After the jump check out Jonah’s coverage on:

The Penn Summer Abroad Program in Cannes was a fantastic experience. As an aspiring filmmaker and an avid lover of movies, this trip exposed me to both the newest innovations of independent film and influential members of the industry.

1) Difficulty getting into the movie screenings

“Since we were lowly, insignificant college students with no weight in the industry, we started off the festival with the low-ranking Cinephile badges that essentially left us last in line for any screening, so if enough filmmakers, press people, or potential buyers wanted to see the same screening and there were not enough seats left in the theater, we were left out cold.

For main competition films, which all premiered in the main theater, the Lumiere, we had to beg for tickets, or invitations, in order to get in. People who worked on the films or people with higher-ranking badges who reserved tickets often had more tickets than they needed, so if we stood outside the main theater holding signs that read “Une invitation s’il vous plait” for long, we had a chance of getting tickets. Some people were more successful in this venture than others. Girls generally had better luck, while guys almost always had no luck. I, for example, got almost all of my tickets through female friends on the trip who managed to get enough tickets for larger groups of us. 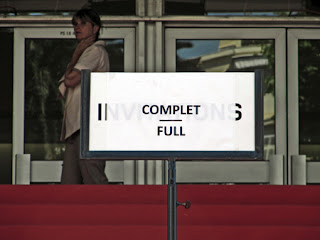 About halfway through the festival, once most of the important people had left after doing their business transactions, we magically received black badges, which are the badges given to short filmmakers and other lower-ranking professionals (with little or no money to contribute to the economy of the festival). With the black badges, we gained access to the Palais without needing a ticket to a screening within the next hour. This was a great improvement because it gave us access to many smaller, market screenings, free food and drinks, and the countless kiosks that littered the ground floor and basement, representing production companies from all over the world.”

“My favorite [and in my opinion the best] movies from the festival included We Need to Talk About Kevin, The Skin I Live In, Melancholia, Drive, and Footnote. These movies will also almost all, if not all, definitely make it to theaters in the United States since none are too graphic, they all have tremendous commercial appeal, and almost all of them have big-name stars.

“There were also plenty of bad movies at the festival, some of which made me wonder how they even got in. Like the good movies, the bad movies spanned from the main competition to the out-of-competition, less mainstream screenings.

My least favorite films [and the films I thought were qualitatively the worst] included The Tree of Life, Lebanon, Pa., Sleeping Beauty, Hanezu, and Play.

“While watching movies was the primary reason we went to the festival, we also met some very interesting or important people in the industry and attended a lot of really cool events.
Every day, two older movies, labeled “Cannes Classics,” were screened at the festival. I ended up going to two Cannes Classics, both of which I slept through. However, the amazing part of these screenings was that the directors and/or stars of the films were present, and the theaters were pretty cozy and intimate. 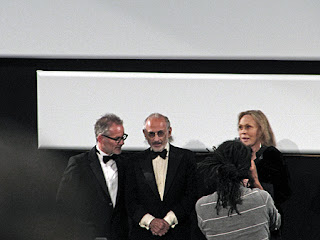 “Four Penn alumni or parents of Penn alumni who are big names in the movie business spoke to our group privately. While none of these people are movie stars or directors, they all hold a lot of weight in their respective positions and we learned of some really interesting inside information by speaking to them. The speakers included:

Talking to these influential figures in the movie industry made the prospect of someday breaking into and working in the industry seem more realistic and comprehensible. The knowledge and advice they shared with us was invaluable and, most importantly, the connections we made with them may aid us in our future ventures to find internships or jobs in the movie business.

The experience of attending the most famous and prestigious film festival in the world, even if we were often treated like scum by the French guards, was an extraordinary experience. It was surreal. Seeing so many strange, explicit, edgy and innovative films from all over the world not expanded my views of cinema, but also reinforced my desire to make movies. I would say the most valuable lesson I took away from this trip was that, as magical and unreachable as the film industry seems at times (at least to me), it’s very much a real professional prospect and it is possible, though difficult, to break into the industry and make a career of cinema.