Posted on April 6, 2007 by Matt Rosler in Uncategorized | 0 Comments 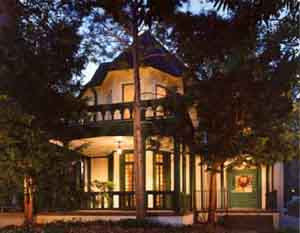 To participate via webcast, simply rsvp to:
whfellow@writing.upenn.edu

Anyone with an internet connection can participate. Participants in the
webcast will be able to pose questions to Mr. Hall by email or
telephone. For more information about the Kelly Writers House webcast
series, see http://www.writing.upenn.edu/wh/webcasts/

Those who rsvp will receive further instructions.

Donald Hall is the current United States Poet Laureate. He has published fifteen books of poetry, most recently White Apples and the Taste of Stone: Selected Poems 1946-2006 (2006); The Painted Bed (2002) and Without: Poems (1998), which was published on the third anniversary of the death from leukemia of his wife, the poet Jane Kenyon. Other collections are The One Day (1988), which won the National Book Critics Circle Award, the Los Angeles Times Book Prize, and a Pulitzer Prize nomination, and The Happy Man (1986), which won the Lenore Marshall Poetry Prize. He has also published children’s books, short stories, plays, and several autobiographical works, such as The Best Day The Worst Day: Life with Jane Kenyon (2005) and Life Work (1993), which won the New England Book award for nonfiction. His honors include two Guggenheim fellowships, the Poetry Society of America’s Robert Frost Silver medal, and a Lifetime Achievement award from the New Hampshire Writers and Publisher Project. Hall served as Poet Laureate of New Hampshire from 1984 to 1989.

Poet, novelist and critic John Fuller has said of Hall’s work, “It is the hardest thing to write poems as simple and celebratory as these, full of love and observation of the commonplace.”

Writers House Fellows is funded by a generous grant from Paul
Kelly.

recordings of live webcasts featuring the Fellows can be found here: