Home / Your Insiders Look at Penn in Cannes 2010 …all this week!

Your Insiders Look at Penn in Cannes 2010 …all this week! 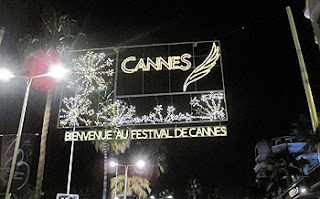 Over the past two years (2008 coverage and 2009 coverage ) we’ve given you an insider’s look at the films and politics of the Cannes Film festival from the perspective of our Penn in Cannes program correspondents.

This year Chloe Castellon (C’11) just finished her week in Cannes and is our DT Correspondent giving us the dish on some of the winner and loser films of the festival. 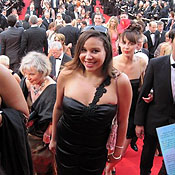 Chloe Castellon is a rising senior and an aspiring writer and filmmaker majoring in Cinema Studies and English, with a minor in Gender, Culture and Society. She has been Co-Publicity Chair of the Penn’s Consortium for Undergraduate Women (PCUW), a managing, copy, prose, and poetry editor and writer for F-Word Feminist Literary magazine, has competed with Penn’s debate team, and has planned Philanthropy events for St. Jude Children Research Hospital for Tri-Delta sorority. She has also worked for DDA Public Relations, and Inside Entertainment Talent Agency. She will complete an honors thesis in English in her upcoming senior year and looks forward to pursuing a career in film after graduation in May 2011. This will be her second time at the Cannes Film Festival.

Check back this week when Chloe dishes about: