Home / Elizabeth Banks Back to Drama This Fall in “Lovely, Still” and “The Next Three Days” (TRAILERS)

Elizabeth Banks Back to Drama This Fall in “Lovely, Still” and “The Next Three Days” (TRAILERS) 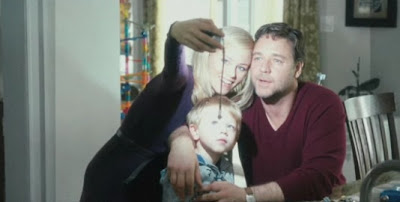 While there’s plenty of comedy on her horizon, this fall it looks like we’re going to be treated to some good action packed and heartwarming drama with Liz Banks (C’96).

Check out newly released trailers from her upcoming films after the jump!

Liz’s sure-to-be-big blockbuster (trailer above) coming out November 19 is The Next Three Days starring Russell Crowe.  In the film,

“Life seems perfect for John Brennan until his wife, Lara (Banks), is arrested for a gruesome murder she says she didn’t commit. Three years into her sentence, John is struggling to hold his family together, raising their son and teaching at college while he pursues every means available to prove her innocence. With the rejection of their final appeal, Lara becomes suicidal and John decides there is only one possible, bearable solution: to break his wife out of prison. Refusing to be deterred by impossible odds or his own inexperience, John devises an elaborate escape plot and plunges into a dangerous and unfamiliar world, ultimately risking everything for the woman he loves.”

And more heartwarming drama this fall from Liz. Check out the new trailer below of her new film, Lovely, Still. In the film, Martin Landau plays an elderly grocery clerk who, after living decades alone, finally finds love for the first time in his life in Ellen Burstyn. The film co-stars Liz and Adam Scott.