Home / Flipping Out: This Penn Alumnus Doesn’t Know What He’s In For

Flipping Out: This Penn Alumnus Doesn’t Know What He’s In For 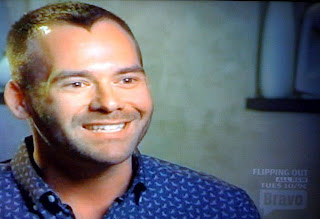 I was pleasantly surprised to see Chris Keslar (C’99) featured on the Bravo show Flipping Out. 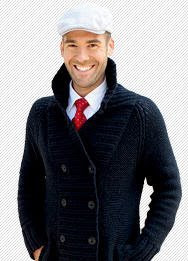 In an effort to transition from the entertainment industry (producer and casting director) to the real estate/interior design industry, Chris is doing an “apprenticeship” as an assistant to Flipping Out star’s Jeff Lewis. (Chris had worked on Ugly Betty, but once the writer’s strike happened, he took the job with Jeff)

“many people who see the show ask, ‘is it really real? is jeff really like that? or is it just for show? being a first hand witness to the mad, mad world of jeff lewis i can say most assuredly that the show is very real and not staged. with or without the cameras, he really does take his non-fat, no foam latte, with two splendas at 140 degrees every morning; the labels all do have to face out in the refrigerator; there really does need to be six non-fat, french vanilla coffeemate creamers at all times; any change we give him has to be placed on his desk with all the bills facing the same way – the list goes on and on! it’s always, always about the details! having said that, the work he does is really quite amazing and it’s pretty fascinating to see him at work!”

From what I was able to see from last week’s episode, Chris may not know exactly what he’s in for ….however Jeff seems to be the guy to learn the industry.

Watch Chris in a clip from the show here

More behind the scenes dish from Chris here