He’s a bitter lawyer and stand-up …and he’s telling all! 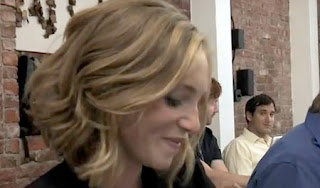 If you recall, like many Penn alumni making career changes, Matt has transitioned careers from being a lawyer to a standup.

After the jump check out “Bottom Rung”, his new web series based on his experiences working in “document review” at a big LA firm  ….and find about his other Penn alumni co-stars and some of his unbelievably(!) true working experiences that will be feeding into this series.


In Matt’s new series “Bottom Rung”, Matt plays Dave, a doc review “dreamer” who thinks he’s passing through on his way to comedy greatness. He gets a rude awakening as he learns the rules of the workplace from his draconian boss, Nicole, played by Hailey Boyle. But he also meets his new crush, Paige.

So what are the juicy real life experiences that fed into developing this series?

When you get stuck on a project with a nightmare for a boss, it can ruin your life. I was on one project where the project manager—or warden— tried to make us sign in and out of the room every time we went to the bathroom. I was on another one where we were specifically taught the difference between a two and a five minute break. I’ve been on doc reviews with strict no talking, no internet, no phone policies. In others, the working conditions can be abhorrent—no windows, no ventilation, no personal space, sick people everywhere, no running water. Basically your standard third-world hospital waiting room. So, in this episode and during the entire season I am highlighting the doc review characters and the world of some of these darker document review projects. It’s all loosely based on the places I’ve been assigned and the people that I’ve met on some of the more hellish projects.“

In the episode above, you may also recognize some other Penn alumni and DT favorites including :

And check out a closer look at one of the characters below. Meet Tim. He’s that guy who always has a get-rich quick scheme and makes a pitch that he’ll be doing “something bigger” within six months. Yeah, we know this guy.