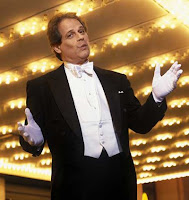 Here’s another alum with not your typical profession whose talents have appeared in TV and film!

Steve Herbst (C’67, Glee Club) has these impressive credits under his belt:

Steve tells me that while at Penn, he was a 4-year member and Bass Section leader of the Glee Club and a frequent baritone soloist.  He was also a “closet whistler” rehearsing Motown as well as Beethoven, Mozart, Lizst selections in his dorm rooms in Provost and Morgan towers.

Steve shares a fond memory he had with the late Bruce Montgomery:

“Bruce Montgomery had the Glee Club do two numbers which called for flutes or recorders but where he whistled those parts personally. One night, he came up dry and couldn’t get his whistle going. After that concert, I told him, “I could do that for you.” And he handed the whistling over to me. From then on, I did all the whistling. On one special occasion, I got to whistle with the Glee Club for Japanese Emperor Hirohito’s brother, Prince Mikassa and his princess at the William S. Payley House on the Mainline. So my public concert whistling career started at Penn.” 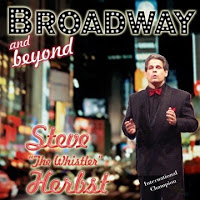 This month Steve will be traveling to Tokyo and Osaka to compete in this year’s International Whistling Convention and Competition plus 3 concerts.