Home / 1999 / His MTV movie takes place under an avalanche

His MTV movie takes place under an avalanche

Over the past few years, I’ve covered the horror and documentary works of director and producer Scott Glosserman (C’99, Friars).

After the jump, preview the latest film he has directed and produced which airs tonight on MTV and learn how he is franchising! 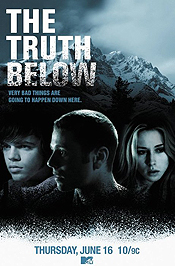 “A fun Spring break snowboarding trip soon turns into a terrifying journey as a group of four friends; Jenna (Gillian Zinser), Ethan (Reid Ewing), Liam (Ricky Mabe) and Dante (Nick Thurston), begin to make their way home from the mountain. When unpredictable weather forces their car to spin off the road, all four become trapped in the vehicle, buried by an avalanche.   Without any sign of rescue, the group decides to spend their last moments confessing deep secrets, only to reveal disturbing and unsettling pasts – which test and call into question their own friendships. As tension builds and air supply declines, the game soon turns deadly as they discover they not only have to survive the accident, but also each other. One question remains– How well do you know your friends?”

What’s next for Scott?

“I’m knee-deep into setting up my sequel/prequel/remake (let’s just call it a spreemake) to my horror/comedy, Behind the Mask: The Rise of Leslie Vernon

.  It’s called Before the Mask: The Return of Leslie Vernon (aka B4TM) – you can follow on Facebook here“ 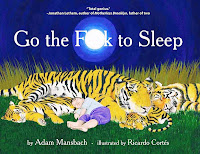 Go the F*** to Sleep
This “children’s book for grown-ups” caught my eye. I know there are many parents out there who would appreciate this book!