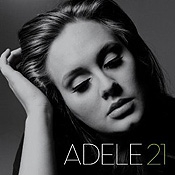 As you’ve seen on DT, I’ve covered lots of alumni who like singing covers of songs.

A particular favorite from lots of Penn alumni over the past year has been doing Adele covers.

After the jump, listen to two alumni covering Adele’s “Someone Like You” (and they’re really good!)

Now listen to her interpretation of “Someone Like You” above. (fyi, she submitted this to a Perez Hilton contest!)

2) Kimberly Adams (C’11)
Kim just graduated from Penn and is a new DT discovery who recently reached out to me via twitter.

After you hear her video above, you may be surprised to learn that Kim was never involved in any music groups at Penn; instead, she was on the basketball team!

“I am currently working for Turner Broadcasting Inc. in NYC. I’m not really sure how actively I will pursue music now, but I still have a constant nagging feeling that I need to be entertaining people in some form. Despite never really publicly showcasing my singing, my family and closest friends will tell you that I literally sing and dance at all times. After seeing the feedback I’ve gotten from this video, I think I will definitely continue to post more and, after years of saying so, I think I will finally tryout for American Idol or X-Factor in the next audition period!!!”