Home / Pennalicious Profile: You’ll Want To Tune Into His Next Show

Pennalicious Profile: You’ll Want To Tune Into His Next Show 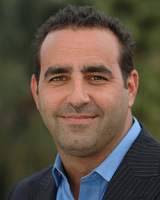 Over the past few days, we’ve been talking about Roy Bank (C’94), reality head honcho over at Mark Burnett Productions and now President of Merv Griffin Television.

I have mentioned that Roy oversaw such Mark Burnett shows as Apprentice, Survivor, RockStar and Contender…

Before Roy left, he not only created and executive produced Are You Smarter that a 5th Grader?, but he also produced another clever reality show that’s sure to be a hit that comes out this summer on CBS.

More on the show here!

Roy’s next show, Jingles, will have contestants concocting commercial jingles for real products.

“Each one-hour episode of the tentatively-titled series will follow a team of contestants who are given weekly advertisement-writing assignments before having to perform the catchy campaign they created. The products they’re pitching could include anything from food or toys to a sports’ team fight song or TV show theme. In addition to having to impress a panel of yet-to-be-announced judges and the studio audience, the contestants will also have to wow home viewers — who will vote for their favorite following each broadcast to determine a weekly winner.”

Clever and potentially cringe-worthy music WITH product placement?! I’ll be watching for sure!

Roy’s got some other shows coming soon but too early to talk about. But from what I’ve heard, these too are going to be some great programs!

Other Penn alumni who have made successful career changes

Get alerted on all the Pennalicious entertainment news!

Check out our 900+ Penn videos